A gem of a Fell Race. It's an add-on to the Sheep Dog Trails and the range of trophys for that event is stunning. Prizes were handed out by the Duke of Devonshire and my prize of a jar of Pickles will now be called 'Dukes Pickles'

The field was squelchy and soon covered in deep mud. The runner who came to the race on his tractor did a nice sideline in dragging runners cars off the field.

The prize that was worth winning. 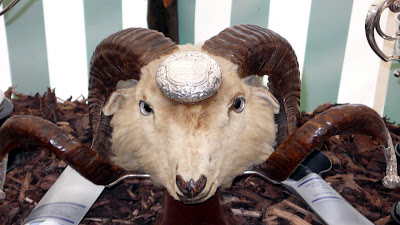 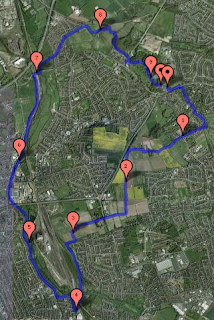 Saturday 05 Sept - 9am
Wollaton Park easy 7.5 mile run for 1 hour, meet at St. Leonard's Avenue, Wollaton - worth checking to see who's about.

Sunday 06 Sept - 9am
Not sure what's on the cards - check back later in the week.