Training and Racing: Tuesday 31 October - Sunday 5 November 2006
Tuesday 31 October - 6:30pm
Nottingham Tennis Centre for a 10M Halloween Night Dead-flat-dark-run, with a 15 - 20 minute sustained pace. You will need a pumpkin with a candle in it or a Petzl Headtorch :). If you need a torch, I will bring a selection along on Tuesday, you would be better with an LED headtorch. 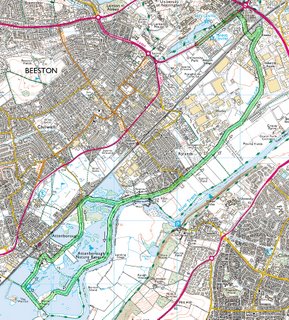 Sunday 5 November - 9am
To be arranged.

Monday, New York Marathon 08:45, British Eurosport
Highlights of the 37th staging of the race, which covers 26.2 miles through Staten Island, Brooklyn, Queens, the Bronx and Manhattan, before coming to an end in Central Park. Over two million people are expected to line the course and cheer on the athletes as they aim to succeed last year's men's and women's winners, Paul Tergat and Jelena Prokopcuka.
Repeated at 11:45 (Monday) on British Eurosport

This Tuesday guaranteed no tricks just the treat of another 9 miles fartlek. We try to partake our pleasure promptly so see you there.